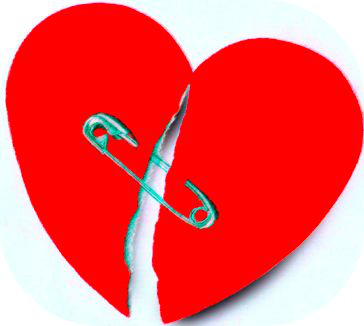 Statistics show nearly half the marriages performed in our nation today, end in divorce. It’s enough to divorce a person but who would ever divorce their words?

Part of the learning curve in writing is learning to divorce your words. This is especially difficult for new writers for two reasons: 1) It took a good amount of time to write those words 2) to the new writer who has not learned the value of self-editing, all their words are good. Once they marry the phrases and emotions within their written words, they become detrimentally attached.

It is not uncommon to hear well-seasoned writers talk about the cutting process. Trimming words are no easier for them than it is for a new writer except that they have learned those words can be used better somewhere else. The words we craft become very sentimental and rightfully so. A lot of sweat goes into our creations. Long hours of thought, tweaks, and re-tweaks, and when we’re done, the work-in-progress is nothing short of a masterpiece. But is it?

Mary Kay Ash, founder of Mary Kay Cosmetics once said, “Much is lost but for a little more effort.” Truer words have never been spoken. To the writer, the finished work is at its best. The piece drives home the perfect thought, readers are moved, the ending is perfect. It’s everything we’d hoped it would be.

Until an editor gets it and everything falls apart. The writer’s attitude is, “Nothing more can be done to make this work any better.” Their mind shuts out any suggestions that might bring clarity to the reader.

The art of writing requires writers to learn, listen, edit, and rephrase. What is clear in the writer’s mind may be muddy to the reader. Here’s why.

The writer has all the twists, turns, and motives in their head. Sometimes in their haste to get those things on paper, important details are missed. I once read a proposal where the entire second chapter referred to “she” and “her.” The first chapter contained four different women, so when I asked the writer to clarify, she was insulted. “Can’t you follow the characters?” She said. Actually, no. With four female characters and no identification other than she and her, the plot could have been stupendous, and I’d still not been able to follow.

Share the details so the reader is part of the action - As the writer, you know the most intimate details about your characters. Until you share those details, the reader meets a void that will make them close the book and never finish. Unless an in-depth description of the character is needed, allow the reader to use their mind’s eye to fill in certain details. It builds that fictional bubble and it makes your writing tight and concise. Give them what is important to push the story ahead. Cut the fluff and add the story.

Too much back story bores the reader. Part of the fun in reading is learning about the character as you go. Little snippets of their lives are revealed bit by bit rather than, what publishing calls, “information dump.” As the writer, we feel that we need to explain every tiny detail to the reader when in fact, readers are pretty smart people. Let the reader have their fun. Let them live inside the world you’ve created. Allow your reader to experience and grow to love your character as they walk their paths with them. Take away the unnecessary description that doesn’t move your story ahead.

Make fiction believable – Even in a fiction story, the reader will draw a line in the sand for believability. If you cross over it, they label it corny or worse, unbelievable. I talked with an author once whose protagonist rode his horse over a cliff into the crashing waves and sharp rocks below. Then without hesitation, the two swam to the shore and galloped off. (Shore with jagged rocks and crashing water?) It was unbelievable. A thousand-pound horse plus his rider cannot leap from a high cliff and hope that the waves are deep enough to prevent them from being killed from the impact or impaled by the rocks. A running horse and rider are not going to hesitate to time the waves hitting at just the right moment. If they should survive the fall, both would certainly have to take a little time to get their wits about them before riding (or hobbling) into the sunset. The truth is, your reader wants a story that can ring true and they’re quite put off when you insult their intelligence. Make your action true to life. Don’t assume because they do it in the movies, that your reader will bite. Edit out that unbelievable part and rewrite it into a believable scene.

The best advice I have for aspiring writers is, “Don’t marry your words.” There are always better ways to say something. Keener ways to phrase. Better twists.” Often these words of advice fall on deaf ears. Don’t become a statistic by marrying your words. Instead, form a healthy relationship, snipping and pruning so growth can occur.