I am a bit ashamed to admit that growing social media is not my favorite thing. I’m not very creative when it comes to things that catch a person’s eye on Facebook or Twitter. In fact, for years, I’ve laughed with my dear friend, and social media guru, Edie Melson, that she dragged me into social media kicking and screaming. We know, as authors, social media is vitally important.

Let me share a little story with you. In 2017 my first novel released. It was a novel of the hard life of Mercy Roller who lived in the backcountry of the Appalachian Mountains during the 1800s. The question for me was how to pull this book into social media without 1) waving a flag saying, “buy my book”, or 2) without seeming self-promoting.

I love the culture of the mountains and as time passes, I see the knowledge of those ways slipping past. History just doesn’t teach children these things anymore. Mountain folks are friendly and they are very innovative – which is why their culture is so valuable for our youth to see. It’s a given when I teach at a conference for folks to tease me about my mountain heritage, in particular, my accent. But I think they also see a genuineness in me that is purely a mountain girl. I couldn’t imagine how I could spread the word about an Appalachian historical novel, when so few knew anything at all about the culture. Then it came to me. Mountain Trivia. And I would begin with the old ways of the mountains.

The first post on Facebook was simple: In the mountains, people gathered to make apple butter. What type of pot did they cook the apples in?  1) cast iron  2) copper   3) brass. That first post drew in a whopping 10 responses but I tried again in a couple of days with a second question about the Appalachian culture. Again, I only received about 10 responses. Was it worth it? Who knew, but I stuck with two posts a week for three weeks. None of them ranking more than 15 responses. I decided to skip it. Obviously, that wasn’t working on social media but to my surprise, when I stopped. . .I began to receive a flood of instant messages. “Where’s the trivia?” “Loved that trivia. Made me chuckle.”

I was a bit bumfuzzled (yes, an Appalachian term meaning perplexed). Folks weren’t responding on the posts, but they were reading them and finding them both humorous and insightful. I was teaching them the Appalachian mountain heritage in a fun way. To this day those posts get anywhere from 100-150 responses but if I miss sending articles or trivia posts, I get dinged by the readers. It goes to show, likes and responses really don’t rate a lot in my opinion because they aren’t true barometers of who is actually reading the posts.

Since I began the mountain trivia I locked into an Appalachian magazine that adds posts of the old ways. Now I share those as trivia and people are learning. The question is, could I see any result in book sales. I would say yes. Both Appalachian historical novels are well over the 10K sales notch (actually higher, but I don’t spend hours digging into the sales figures. I can tell you I am getting amazing royalty checks and that tells me all I need to know about sales.) All this to say, I found a unique way to draw readers into the Appalachian historical realm and I did it without screaming buy my books or posting a photo of me and my book every other day. For every 10 trivia posts I did, I mentioned my book in passing, once. I spent a good part of my time on social media, engaging in social not pressing sales. Rather, I shared other’s works and bragged on them. Of course, I posted my own book once in a while, but the focus of social media was to be social. Look at others and develop relationships.

Now here’s the clincher. I REPOSTED a photo of a block of iron with a neat quote about finding your self-worth. It wasn’t even a meme I constructed. The post went onto my author page (which is only a couple of months old. I had no need for one until recently when I finally hit the FB limit for friends on a personal page.) Now I had to rebuild a new page. I posted that little meme on December 29. Three days later, it had 1000 reached and my followers went from 200 to 700. (Remember, this is a new Facebook author page.) One week later, the reaches on that post were 2287 and my followers had grown to 900. Less than a month from the day I posted that inspiring meme, it has 2,329,710 reached and my followers are up to 1500. (I DID NOT pay Facebook to boost the post) Who woulda thunk it?

I can’t say I understand the ins and outs of social media. The good Lord knows my patience level with learning it, is less than adequate, but I can say this about the growth of my pages. It took consistency and a genuine desire to see it grow. People see me for who I am – the good, the bad, and the ugly. That doesn’t mean I post arguments or political posts. It means I share my joys, my prayer needs, and the love and joy I find in people.

Here are some things that can help you grow your social media. 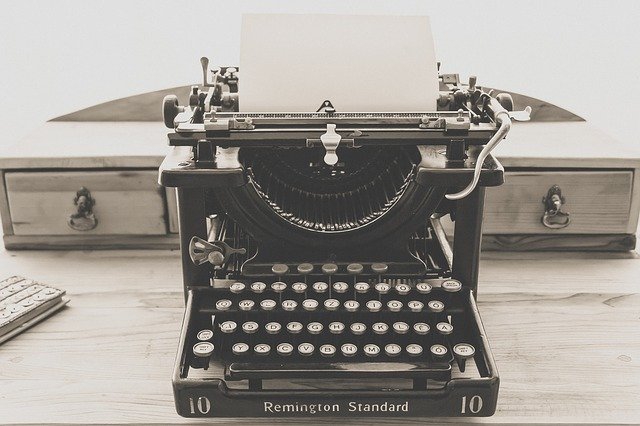 Social media is a hard road but it can be rewarding when you do it in the right way. Make the effort. You may actually change a life. Wouldn’t that be nifty?